A Call to Action by Lateknight

Chess is called the royal game.  It is a competitive endeavor, a tool to challenge ourselves to become sharp mentally.  Indeed, many articles describe the educational benefits of chess in a variety of fields, from math to psychology to business.  Quite a few successful executives around the world can skewer your pieces, according to this list published by Business Insider last year.

The impact that exposure to chess has on a young child must not be understated.  Schools and youth groups around the country recognize chess as far more than just a game.  Books such as Game of Kings and films like Brooklyn Castle detail the life-changing impact that a teacher with a chessboard has on dozens if not hundreds of disadvantaged New York City youths.  There are more such stories in other communities around the country.

Marty Grund, better known by the username Lateknight, is an owner of the Internet Chess Club and serves as the public face of the company.  He has traveled far and near, meeting fans of the royal game from all corners of the Earth.  Last month in Nashville, Marty met Joseph Ocol from Chicago, an inner-city high school math teacher who organized a chess club as keep vulnerable teens out of gangs.  Lateknight penned the following touching article about Saint Joseph of Chicago.


After a couple of days at the event I met a short, humble appearing man by the name of Joseph Ocol, a math teacher from John Marshall Metropolitan High School located in Garfield Park on the West side of Chicago. This is a neighborhood where gangs thrive and murders happen all too often.

Joseph and I took a walk and I listened to him describe how several years previous he began teaching high school students chess after school from 3 to 6 PM, the most vulnerable time of the day for children loose on the streets. When Joseph began the afterschool curriculum, he knew that hosting these children after school would lessen the chance that they would be involved with the morbid side of activities that take place during these hours.

Out of his own pocket, Joseph had to purchase chess equipment and even food, so the kids wouldn't be hungry, in order to make this happen. One afternoon, one of the young men didn't make to the afterschool chess class because he was murdered on the street that day. 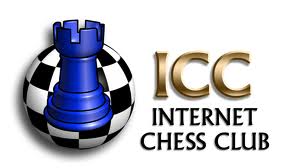 Many of these children went to school hungry on a daily basis. Some had parents or brothers in prison, mothers addicted to drugs and saw horrors that most of us never see in a lifetime. That horrible reality aside, another student took a chess board home and his mother asked what it was he was carrying. When he answered, "mom, it's a chess board", she answered "you must be smart". Hearing that comment from his mother was an epiphany for him. He said, "that's the first time anybody's ever said that to me, that I must be smart".

Please read the entire Call to Action at the ICC website.
Posted by Michael Aigner at 11:31 PM