When I earned my first international rating in January 2000, the recognition was more of rare bird than it is today, especially for non-masters and juniors.  Starting out at 2054, my FIDE actually dropped to 2011, barely above the absolute floor of 2000 back then.  My USCF rating bounced around 2100 at the time.

I participated in a handful of "Futurity" events at the Mechanic's Institute, intended for players to earn a published FIDE rating.  Only a handful of elite juniors were invited.  Consequently, I doubt that more than five kids in the Bay Area could boast of their world ranking at any one time.

Things certainly changed in a decade!  An amazing 15 youngsters are currently ranked, even after four graduated this past June.  Eight sport a FIDE rating over 2000.  With fellow World Youth gold medalist Steven Zierk now a freshman at MIT, Daniel Naroditsky lays an undisputed claim to the rank of 600 lb gorilla in Bay Area scholastic chess.

Reigning US Junior champion Gregory Young bounced up 72 points in the first half of 2011 before returning to his retirement due to school and basketball.  Hopefully he will submit the necessary paperwork and fee for the FM title that he duly earned by breaking 2300 FIDE.  Last year's US Cadet co-champion Yian Liou lurks within striking distance of FM as well, needing just one or two good tournaments.

After this trio of talented high school players, 10 of the remaining 12 local kids are in middle or elementary school!  Moving up from just below 2200 is Samuel Sevian, the country's youngest master ever (based on USCF rating).  The bottom six players on the Bay Area rankings may still be below 2000, but I bet they will shoot up quickly considering they all are in 5th or 6th grade (except Ojas Chinchwadkar).
Posted by Michael Aigner at 5:57 PM 1 comment: 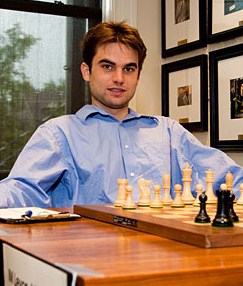 Reigning state champion GM Sam Shankland (see photo) sits on top of the CalChess FIDE rating list for September 2011.  I still remember Sam as a B and C player way back in 2004.  He certainly came a long way since those days, winning three of the last four state titles (2008, 2009 and 2011), playing in three straight US Championships, finishing third this year, and defeating Peter Leko, former World Championship challenger, at the 2011 World Cup.  Although Sam now attends Brandeis University in Boston, he plans to play in one or two Bay Area tournaments each year.

Aside from Shankland's meteoric improvement, there are a couple of other noteworthy changes since my last ranking list in February 2010.  First, former state champion GM Josh Friedel moved to Wisconsin in search of happy cows.  Fair travels!  Secondly, teenage FMs Steven Zierk and Daniel Naroditsky upgraded their titles to IM, both gaining over 120 FIDE rating points in a year and a half.  Steven also moved to Boston for college after being admitted to MIT.  Would the state of Massachusetts kindly stop kidnapping the young chess stars of California?! 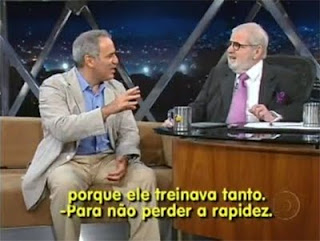 This sounds all too familiar to me.
Posted by Michael Aigner at 1:22 PM 1 comment: