Almost two years have passed since I completed the last thorough analysis of the Bay Area's representatives on the USCF Top 100 Lists.  The USCF office made two administrative changes: publishing the rankings monthly and moving the cutoff date to the third Wednesday of the previous month (from the first Friday).  Consequently, the player ratings will be more current.

Congratulations to the 119 local youngsters who earned a spot on the national Top 100 rankings for their age.  The most competitive categories appear to be Age 8 and Age 13-14.  At least a dozen Northern California juniors are ranked in Top 100 for each of those three years, including 5 or more in the Top 20!  Many of the same kids represented California and the USA at the World Youth Chess Festival in the United Arab Emirates last December.  Veteran Bay Area players and directors watched the 13-14 year old bunch grow up, and now a new bunch of promising talents has formed.

Given the explosion in strength of local youths, I began tracking their FIDE ratings.  Indeed, 53 ranked juniors already have earned an official international rating!  Only a decade ago, no more than a half dozen players under age 18 had achieved this goal.  Many thanks to John Donaldson, Richard Koepcke, Salman Azhar, Arun Sharma and other organizers for offering plentiful opportunities to play FIDE rated tournaments without traveling far.

Without further ado, I present the cream of the crop, the best of the west, to earn virtual gold, silver and bronze medals!  Please visit my website for the complete NorCal Top 100 Lists.


In anticipation of the upcoming National and State Championships, I completed the long-overdue update of my NorCal rankings for the best juniors and adults.  This post recognizes the Top 10 highest rated youngsters, both by USCF and FIDE (international) rankings.  Please follow this link for a more extensive listing, including the Top 20 players per category.

The explosion of talented juniors living in the Bay Area continues.  No fewer than ten chess kids 14 years old or younger can call themselves "master" today!  Three more teens currently find themselves within 20 points of the 2200 threshold, and another two reached the magic number but have since fallen below.  By my count, there are 39 experts and masters under age 18 who push pawns and sacrifice knights in Northern California.  Amazing!

Eswaran To Play in US Women's Champ


Here is great news from Ted Castro of NorCal House of Chess.

Congratulations to my student Ashritha Eswaran for being invited at the US Women's Championship (most prestigious chess tournament in the US) to be held at the world famous St. Louis Chess Club in May. She's presently the #1 ranked Girl U16 in the country and is newly minted National Master! Thanks to our team of coaches and very supportive parents!

In addition to earning the NM title and #1 national ranking, Ashritha ranks as the top woman in Northern California and Top 20 in the country.  Although lowest rated in the Women's Champ, the 13 year old appears poised to score a few upsets.  Go get 'em!

List adapted from Fpawn Chess.
Posted by Michael Aigner at 5:25 PM No comments:


A quintet of Grandmasters headlines the list of active chess masters in Northern California.  The top rated pair, Sam Shankland and Daniel Naroditsky, will proudly represent the Bay Area at the 2014 US Championship in St. Louis beginning on May 8.  Can Shanky or Danya join the local veterans Walter Browne (6-time winner) and Nick De Firmian (3-time winner) as national champions?  Good luck guys!

Bay Area Grandmaster Daniel Naroditsky was awarded the prestigious Samford Chess Fellowship for 2014. Each year, the Samford recognizes a talented young master who has both the potential and work ethic to represent this country at the highest levels of international chess. The award includes a generous stipend of $42,000 for one year, which may be renewed for a second year.  In the words of IM John Donaldson, this prize gives "brilliant young American Grandmasters the support and resources necessary to enhance their skills and reach their full potential."

Last summer, Danya dominated the US Junior Championship and, a few weeks later, completed the requirements for the Grandmaster title. Indeed, his summer vacation in Europe proved quite successful, and he netted 45 rating points in three tournaments.  Now 18 years old and rated 2543 FIDE, he finds himself among the top 25 of the country and one of the top 25 juniors in the world. Not just a terrific player, he wrote two well-acclaimed chess books and is working on a third. Make sure to visit his website for more details.

Congratulations Danya!  Good luck at the 2014 US Championship in May.  No doubt, you have many fans in California cheering you on to 2600 and beyond.
Posted by Michael Aigner at 5:06 PM No comments:

In the world of professional chess, a Candidates Tournament seeks to determine the next challenger to the reigning World Champion.  Over the years, this elite event has taken one of two formats: either a series of knockout matches or a traditional round-robin.  The 2014 FIDE Candidates Tournament features an 8-player double round-robin for the right to face Magnus Carlsen.  The octet will contest 14 rounds from March 13 to 31 in the remote Russian city of Khanty-Mansiysk.

The 2771 average field consists of two former champions, four Russians and the current top three on the live ratings, excluding the #1 ranked Norwegian himself.  Two players qualified at the 2013 World Cup, two from the 2012-13 Grand Prix and two more by rating.  The final participants are the loser of the 2013 World Championship and a local player selected by the organizer.

Participants
Seven of the world's top dozen Grandmasters will participate. Unfortunately, the top American, Hikaru Nakamura, did not qualify despite achieving several excellent results over the past two years.  And in light of the current events, it is fortuitous that no Ukrainian earned an invitation.

Who will win?  While almost anyone could conceivably finish first, the smart money says either Aronian or Kramnik.  Each of the top four brings more than a decade of top level chess experience to the table.  The dark horse could be Karjakin, a talented and still young prodigy whose recent results have been inconsistent.  Please vote in the poll at the right side bar.

Don't forget to follow the action starting on March 13!  Depending on your schedule, watch the games live or play through the moves later.  Check out the official website or enjoy the Game of the Day videos at the Internet Chess Club (members only).

Posted by Michael Aigner at 2:48 PM No comments: 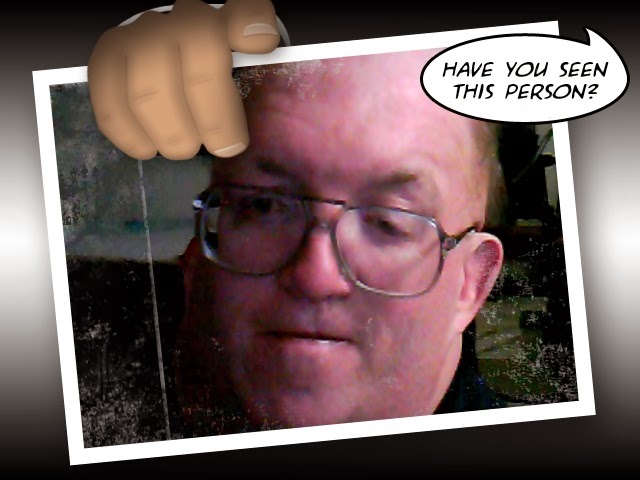 Posted by Michael Aigner at 10:16 PM No comments: