The 16th World Champion spoke candidly for half an hour on Norwegian television about chess and other topics, some a bit awkward for him.  The program aired on December 25.  Fortunately, the video has English subtitles.  Check it out!

Posted by Michael Aigner at 8:50 PM No comments: 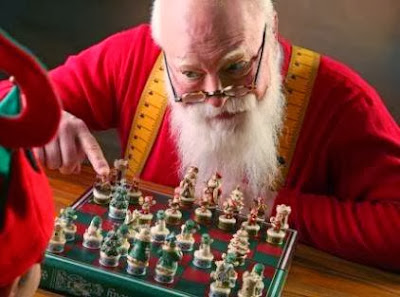 Apparently I ran across this article a day or two late.  The Philadelphia Sunday Item published this story on December 20, 1908.  A century has passed, but this old tale is worth repeating.


It was a snowy, blustery Christmas Eve, and the Chess Player was glad to be indoors, sitting by the roaring log in the fireplace, with his beloved chessmen and board before him. During the evening he had been playing over some of his favorite selections from the immortals--Horwitz, Staunton, Lowe, Anderssen, Lowenthal, and Kieseritsky--he had mulled over and over the masterpieces of problem-lore, and now, half lazily but with full interest, he was examining the sub-variations of one of Morphy's brilliant endings. As he fondly pushed the pieces to and fro at the close of such an evening as many a chess player has spent, he was startled by a noise at his side, and turned in time to see Santa Claus emerge from the chimney place.

"Why, hello Kris!" greeted the Chess Player, springing to his feet and extending his hand. "I caught you this time. Hey?"

"I must admit it," replied the merry fellow as he drew himself to his full height, shook the snow from his immense coat, and warmly returned the hand-clasp. Then he turned and spied the chessmen.

"Ho! So you play the royal game, do you?" exclaimed Santa.

Click here to continue reading.  And don't forget to follow the chess game.
Posted by Michael Aigner at 11:16 AM No comments:


If Santa Claus arrived tardy at your house yesterday, then blame the 94 American juniors competing at the World Youth Chess Championships deep inside the desert of the United Arab Emirates.  No doubt, this lengthy detour cost Santa and his reindeer valuable time.

After a day of rest and sightseeing to coincide with Christmas, the chess tournament resumes tomorrow (Thursday) with three rounds left to play.  Rounds 5 to 8 left a brutal toll on Team USA, with the players struggling to a 53% overall score (compared to 64% in the first 4 rounds).  A dozen kids have scored 6-2 or more, but only half appear strong enough to seriously compete for the medals.  Given the increased turnout this year, a score of 8.5 will probably not be sufficient for a medal in the U14 and lower sections.

The best American chances lie with the U10 age group.  Top rated FM Awonder Liang won all 8 rounds to open up a full point lead.  The biggest surprise to date is Bay Area expert Josiah Stearman, currently second on tiebreaks with 7-1.  He caught the eyes of ChessBase website, because he has no FIDE rating yet; locals know he improved rapidly this year, with a current USCF rating of 2090.  Two U10 girls, Carissa Yip of Massachusetts and Sanjana Vittal of New Jersey, have also made waves and find themselves within striking distance.

The final contenders are GM Daniel Naroditsky (U18) and expert Agata Bykovtsev (U14).  The two Californians currently find themselves in 4th place, narrowly outside the medals.

Click here for the complete results of Team USA.  Result of Round 9 in GREEN.


Wishing best skill to all!!!

And To All, A Merry Christmas! 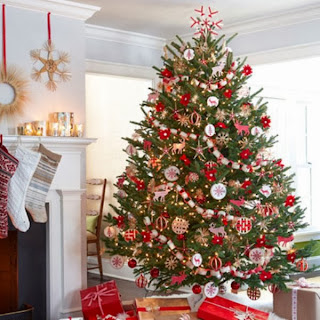 
Saturday, the fourth day of the 2013 World Youth Chess Championships in Al Ain, featured the lone  grueling double-round of the tournament.  By the evening, only 17 competitors out of  1800+ could claim a perfect 5-0 score, most in the U10 and U8 age categories.  One week from today, a dozen new champions will be crowned.

If the medal ceremony were held today, then Team USA would bring home 4 medals, one gold, two silver, and one bronze.  FM Awonder Liang of Wisconsin and CM David Peng of Illinois, two of the top three seeds in U10, remain perfect at the top of the leader board.  NM Edward Song of Michigan sits in second place of U14 and plays on board 1.  And in U18, the California star GM Daniel Naroditsky holds third place on tiebreaks despite yielding a pair of draws.

Another 7 American children rank in the Top 10, seemingly within striking distance of the medals.  Indeed, 20 kids have scored 4.0 out of 5 or higher.  Amazingly, 60% of Team USA sports a plus score (3.0 or more).  While these statistics point to an encouraging start, 6 rounds remain to be played.

Click here for the complete results of Team USA.

Posted by Michael Aigner at 5:17 PM No comments:


In their fairy tale, the Sultan ordered three Magic Lamps.  He asked the first to deliver endless food.  The Lamp complied, but the servants ran out of dishes, utensils, tables and chairs.  The second Lamp was assigned to the Algebra of pairings.  Alas, it forgot some names or paired others as both White and Black on different boards.  The Sultan asked the third Lamp to ensure that he could watch all boards over the internet.  Yet, he could see... nothing.

Frankly, and in all sincerity, I hope the nutritional needs of all delegates will be addressed promptly.  I am also looking forward to seeing games online.  The Emirates certainly are not a Third World country.

Does anyone know if Santa Claus delivers pizza to the Persian Gulf?
Posted by Michael Aigner at 5:30 PM No comments:

NorCal Kids Take on the World!


The Bay Area once again fields a significant percentage of Team USA at the World Youth in United Arab Emirates.  Out of 94 Americans, I counted 19 children from Northern California (20%) with 13 boys and 6 girls.  Quite a few local participants bring experience, having weathered previous editions of these annual Championships.  All of the American youngsters dream of following in the footsteps of five Bay Area champions over the past six years.


Unfortunately, the initial reports from UAE describe an organization unprepared for 1800+ players and 4000+ delegates, including parents, siblings, team coaches and officials.  For everyone's sanity, we can only hope the conditions improve quickly.  On a positive note, the Pairings & Results have been finally been posted online (presumably without additional errors).

The following list includes the entire Northern California contingent.  Ratings are first USCF, then FIDE (for most kids, USCF is significantly higher than FIDE).  If I overlooked someone, please post a comment or email me..


After 2 rounds, the Bay Area contingent has 6 perfect scores and an overall 67% against tough competition..  Keep up the good work!  Good luck!!
Posted by Michael Aigner at 1:15 PM No comments:

The final two weeks of 2013 bring one of the most exciting events on the international chess calendar: the annual World Youth Chess Championships.  Usually held in late October or November, the organizers in the United Arab Emirates chose to host the tournament over the European winter holidays.  The change in dates helped boost the overall turnout to 1800+ from 120 countries, up from 1584 children last year.  The American delegation has swollen to more than 90 players, not counting parents, siblings and coaches!  There are 12 sections differentiated by age (U-18, U-16 through U-8) and gender (Open + Girls).  The chess competition promises to be fierce; for example, the U-18 section features a record 10 Grandmasters, including the Bay Area's own Daniel Naroditsky.

Attending an event of this magnitude requires careful planning.  A typical flight to the United Arab Emirates includes a stopover of several hours in Frankfurt or London.  Upon arrival in Dubai, the weary travelers must endure a 2-hour bus trip to the inland oasis of Al Ain.  All delegates will spend two weeks living at a modern university campus.  The next challenge is overcoming the jet lag--a 12 hour time difference from California.  Many families flew in several days early to adjust to the complete reversal of the body clock.


The tournament runs 11 rounds from December 18 to 28, with one game daily except for a double-round on the 21st.  The rest day after round 8 will coincide with the major religious holiday of Christmas.  Will Santa and his reindeer find their way deep into the Arabian desert?  Perhaps Santa should hire a camel instead.  On the bright side, the relaxed schedule allows young players time to review their games with a professional team coach (GM or strong IM) and learn from the inevitable mistakes.

Team USA hopes to improve on a strong performance in 2012, bringing home four medals including gold in both U-14 and U-12.  This year, a total of 94 players registered: 53 boys and 41 girls.  On one hand, there are 21 USCF masters, most competing in the challenging U-18, U-16 and U-14 Open sections.  On the other hand, 27 precocious kids are 8 years old or younger!  The Americans comprise the second largest delegation in Al Ain, behind Russia (111), but ahead of the host country (87) and India (82).

Stay tuned to this blog for coverage of Team USA as a whole, and especially the 19 participants from Northern California.  The first round pairings have not yet been posted, probably to accommodate late arriving travelers from all regions of the world.  I eagerly await eyewitness reports at the official World Youth website, Chess Life Online, various chess blogs (some of my favorites: Susan Polgar, Claudia Muñoz, Vignesh Panchanatham) and, of course, social media (Facebook + Twitter). 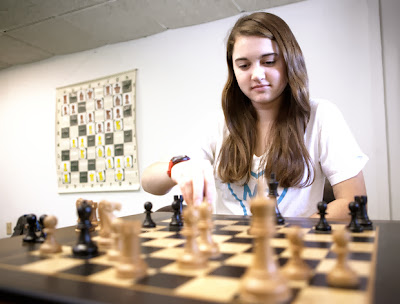 The 16-year-old will be matching wits with some of the best young chess players in the world over the next couple weeks.

Taylor is playing in the World Youth Chess Championship in the United Arab Emirates, which started Tuesday and continues through December 28.  The event, held in Al Ain about 80 miles from Dubai, is considered the elite competition for young chess players.

“I study chess every day,” Taylor said before departing Sunday. “I go over games, I practice endgames, I read books, I study chess tactics. It’s addicting. For how much pain you get from losing, the joy you have from winning keeps you going.”


SM Yian Liou earned the prestigious Falconer Award given annually to the highest rated chess player under 18 in the Bay Area.  The junior at Monte Vista High School (Danville) will receive a check for $2478, equal to his rating on the December USCF rating supplement.  Yian, who already has a pair of IM norms and a peak FIDE rating of 2403, will try to score his final IM norm at the Bay Area International in the first week of January.

The Falconer Award is sponsored by longtime Mechanics' Institute trustee Neil Falconer, himself a strong and competitive tournament player, holding a 1900+ rating up to age 85.  Over the past 15 years, three recipients of this generous prize have gone on to earn the highest title in chess: Grandmaster.


Thanks to IM John Donaldson of the Mechanics' Chess Club for sharing this good news!  Yian will receive his award at a ceremony at 5:15pm on Tuesday, January 21st.

Posted by Michael Aigner at 10:12 PM No comments: