Congratulations to my long time student FM Yian Liou for earning his second IM norm at the 2012 North American Open in Las Vegas!  The high school sophomore scored 6.0 in nine rounds with an impressive performance rating of 2560 FIDE, good enough to share 7th place overall in the open swiss section.  He faced six higher rated opponents, including four Grandmasters, and lost just once.  Twice he held a draw versus a GM from the black side without much difficulty.  That feat alone takes nerves of steel!  Having clinched the IM norm before the final round, Yian played confidently and aggressively against an International Master to cap the eventful tournament with an exclamation mark (see game below).

Yian was not the only Bay Area junior to qualify for a valuable norm this month.  Only a week ago, FM Sam Sevian tied for first place at the 23rd Metropolitan Chess Invitational in Los Angeles.  The reigning World U12 gold medalist has become accustomed to winning tournaments, but certainly not as the lowest rated invitee!  Magically, the precocious master scored an undefeated plus-3 in a round-robin against three experienced GMs and five strong IMs, for a 2575 performance.  Days shy of his 12th birthday, Sam completed the three norms for the IM title!  He stands to become the youngest IM in American history, but narrowly missed the world record set by Ukrainian superstar Sergey Karjakin,  It would, however, be premature to call him an IM-elect until he meets the final requirement: a FIDE rating above 2400.  That appears to just be a matter of time.  Well done Sam!

Posted by Michael Aigner at 11:04 PM No comments:

Merry Christmas To All! 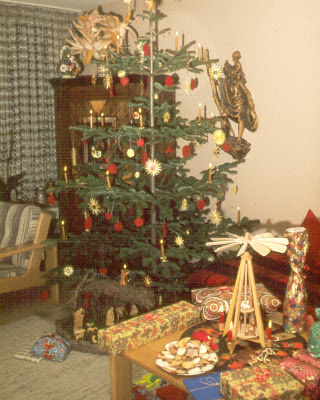 Miilaad Majiid
Posted by Michael Aigner at 5:01 PM No comments:

Back in the dark ages, or even at the turn of this millennium, earning an official FIDE rating served as a rite of passage for a rising young chess player.  Few opportunities existed to play internationally rated games in the Bay Area, and the old rating floor of 2000 FIDE meant only the best had a shot..  IM John Donaldson and Anthony Corrales at the Mechanics' Institute organized a series of rating tournaments designed to meet this need.  Most of the elite juniors from that generation picked up their international rating this way.  Still, the number of local kids with a published FIDE rating never exceeded a handful at a time.

Times change!  At the end of 2012, more than 30 NorCal juniors are rated, with 3 above 2300 and another 13 over 2000.  On average, a player's USCF rating exceeds the FIDE by 50 to 100 points.  Since FIDE rates only slow games, someone who performs better at G/45 or G/60 will be ranked lower.  Indeed, many masters believe the FIDE rating holds more meaning than USCF, in part because faster games do not count.


Please contact me at michael(at)fpawn(dot)com if I overlooked someone.
Posted by Michael Aigner at 9:50 PM No comments:

Carlsen on Top of the World

The Norwegian conqueror of chess arrived at the London Chess Classic determined to assert his dominance over his closest challengers, and to stake out a place in history. After celebrating his 22nd birthday on the day before the first round, Magnus Carlsen won five games, drew three and lost none. He started explosively, winning the first two rounds and scoring 5.5 out of 6! Alas, a pair of fighting draws at the end of the event dropped his performance rating from an astronomical 3146 to a merely mortal 2994.

Perhaps most significantly, Carlsen smashed the all-time highest official rating of 2851, a record credited to his former teacher Garry Kasparov. The new mark is 2861, and will no doubt continue to rise as the Wunderkind keeps improving.  He extended the lead over his nearest challenger to 51 rating points; .half a year ago, the gap was just 10 points.  Former World Champion Vladimir Kramnik, now rated second, finished with an impressive result himself, but he was eclipsed by someone even greater.

We can only imagine how high Carlsen could go once he stops needing luck to escape from a losing position (against Luke McShane) or when he finds the critical move order to convert all pleasant advantages into victories (against Hikaru Nakamura and Viswanathan Anand).  Indeed, he has plenty of room for improvement compared to a computer programs like Houdini.  Regardless, the always opinionated Kasparov already conceded that Carlsen has the necessary talent to reach 2900, only as long as he continues to work hard.

Can he do it?  Maybe it is just a question of when?  Vote in the poll on right side panel.
Posted by Michael Aigner at 4:51 PM No comments:

This post is a reprint of a popular article written three years ago by one of my star students, Yian Liou.  At that time, Yian had just broken 2200 and, as a 6th grader, won the High School section at the 2009 CalChess Scholastics.  Today, he earned the FM title, has one IM norm and a USCF rating above 2400.  Yian shares his own experiences about what it takes for a promising 1600 to reach 2000.


Yian reached 1600 USCF during Labor Day weekend in 2006 (at age 9) and became an expert within two years at the 2008 Pacific Coast Open. Exactly a year later, he earned his master certificate at the 2009 Pacific Coast Open. Apparently, Yian did something right over the years! Thank you (again) for sharing your thoughts with the readers. --fpawn
Posted by Michael Aigner at 9:57 PM 1 comment:

The following two lists show the top masters who are currently active and live in Northern California.  I exempted local juniors who attend college out of state from the residency requirement.  Both USCF and FIDE ratings are official as of December 2012.  Please contact me if I may have overlooked someone.

Here are some broad observations.  Not surprisingly, the twin rankings include almost all of the same players.  In fact, the only exceptions are SM Gregory Kotlyar (#19 USCF) and IM Elliott Winslow (#15 FIDE).  Nobody can doubt who the most active titled player is on the Bay Area scene: IM Ricardo DeGuzman.  Now that former World U18 champions GM Sam Shankland and IM Steven Zierk attend college in Massachusetts, only four star juniors remain: former World U12 champion IM Daniel Naroditsky, former US U20 (Junior) champion SM Greg Young, current World U12 champion SM Sam Sevian and former US U16 (Cadet) champion FM Yian Liou.  All four are concentrating on earning GM/IM norms and none has played locally in half a year.  However, Greg, Sam and Yian all participated in the Metropolitan Chess International in Los Angeles last August.

Posted by Michael Aigner at 8:32 PM No comments:

New National Champions In Our Midst

The National Grade Level Championships took place last weekend in Orlando.  A total of 1300 players flew in from around the country to play chess and visit the House of Mouse.  The main tournament went 7 rounds over 3 days, with competitors divided into grades K through 12th. 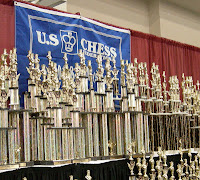 Special congratulations to the two individual national champions: Chinguun Bayaraa in 1st grade and Andrew Hong in 2nd grade!  Andrew is the new kid on the block, attending his first chess tournament merely five months ago.  By comparison, Chinguun proved himself as a veteran, playing chess since age 3 and winning his second nationals after Kindergarten last year.

The 7th grade team from Kennedy Middle School earned two individual prizes and picked up a nice team trophy to store alongside the first place K-8 award from last April.  Indeed, they finished ahead of national power IS 318 from the Bronx.  Check out reports and photos at Cameron's blog.