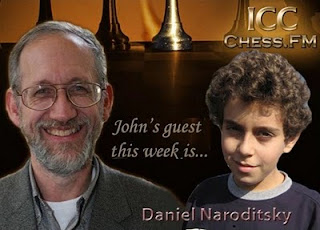 Daniel Naroditsky, 14, of the Mechanics Chess Club in San Francisco, shot to fame in 2007 when he won the under-12 World Youth Championship, being only the second American to win a world youth title - and in the process, he was rewarded with a lifetime membership of ICC. Recently, Daniel has also become the world's youngest chess author in history with the release of Mastering Positional Chess for top chess publishers New in Chess.

(To listen to the full interview, you must be a current Internet Chess Club membe 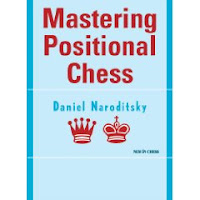 During the hour long interview, Danya lists all of his many GM and IM coaches, describes some of his study habits, shares what it is like playing--and beating!--a strong Grandmaster and then shows off his crushing win on the black side of the Najdorf against GM Alexander Shabalov in round 4 of 2009 North American Open. He also explains why he wrote a book on positional chess and how he put together enough examples to fill over 200 pages.

Danya's book already was released in Europe and should be available sometime in March in the USA. Click here to pre-order the book on Amazon.
Posted by Michael Aigner at 3:42 PM No comments: 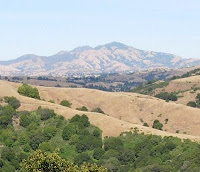 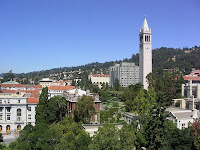 A change in venue. The old: Sather Tower in Berkeley at left. The new: Mount Diablo near Concord at right.

Some participants will miss the drums. More than a few others will not. For most of its 35 year existence, the People's Chess Tournament was held at Sproul Plaza on the campus of the University of California at Berkeley. Love 'em or hate 'em, the drummers were always a part of the annual President's Day weekend tournament.

A sad sign of the times, state budget cuts, rising rental fees and lack of insider support forced organizer Richard Koepcke to find another venue. He teamed up with BayAreaChess.com founder Salman Azhar to move the event to the Crowne Plaza Hotel in Concord (1/2 mile north of the Concord Hilton where last month's Golden State Open was held). The weekend simply won't be the same, although the board game being played remains unchanged.

The entry fee has increased due to the rental cost at the hotel. The days of cheap tournaments seem to be history because few organizers can find a free or cheap playing site. Big sigh!! The nonprofit Mechanics' Institute remains the biggest exception. New this year are 3-day and 2-day schedules, plus an experimental dual entry fee structure: players may pay the full entry fee to win full prizes, or pay 2/3 of the entry, but only be eligible for half of the advertised prizes. So far, about 1/3 of the entrants have chosen the "economy" fee. (If you're a junior playing up a section for the experience, then it makes sense to pay the economy fee.)
I will be there and look forward to seeing many of my students as well! Hopefully I have some free time between rounds (or before 11:30 on Sunday morning) to go over games.

Trivia question: Who won the People's the last time it was not held at UC Berkeley?
Posted by Michael Aigner at 12:31 AM 1 comment:

Can Chess Get You Into College? 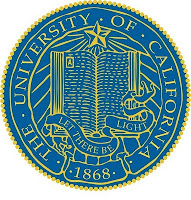 Conventional wisdom suggests that you must participate in a wide range of academic and extra-curricular activities to get into a top tier university. Examples include math club, debate team, band or a varsity sport. Where does chess fit into the picture? Over the years, there has been little evidence that competitive colleges view chess as more than another club.

A parent pointed out this article from April 2008 about admissions at UC Berkeley. I wouldn't have thought much about it except for one 5-letter word in this paragraph.

"The admitted class for fall 2008 also excels beyond academics. It includes a world champion in youth division sailing, a student who wrote a symphony during high school, a back-up dancer for a pop star on a U.S. concert tour, a national chess tournament champion, an international Irish dance competition winner, several Olympic and Junior Olympic medalists and a set of quadruplets."

Perhaps there is hope after all! It is just a few short words, yet they say chess matters.

The more frequently admissions officers see chess listed among activities, the better the chances that it leaves a positive impression. In fact, my teaching experience has shown that chess can indeed be one component of a successful college application, especially when supported by thoughtful essays.
Posted by Michael Aigner at 8:21 PM 1 comment: 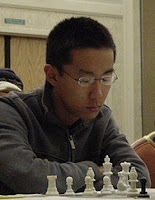 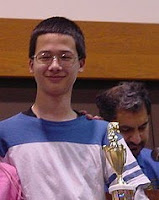 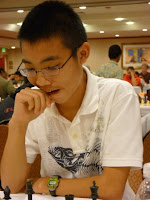 School. While Saratoga has won five straight CalChess state scholastic titles, Monta Vista won the county chess league two months ago and was looking for more. Order was restored to the universe as Saratoga players took home four of the top five place trophies, plus the perpetual trophy awarded to the top team.The 41 player tournament ended in a tie for 1st place between Saratoga senior Charles Sun (1920) and sophomore Evan Ye (1811), both at 4.5 out of 5 after they drew their last round head-to-head game. Freshman Kevin Garbe (1743) and sophomore Brian Wai (1914) took home the 4th and 5th place trophies, respectively. Rounding out the four-way tie for third with 4.0 out of 5 were Monta Vista senior Vishal Dasari (1848) at 3rd place and freshman Chris Wu (1851) at 6th place. In the all-important 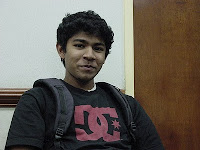 Kudos to Charles and Evan, plus the rest of the Saratoga team! (Rolland Wu and Sankash Shankar both finished at 3.0/5.) The players built on the success from the New Year's Open and Golden State Open, where Evan, Charles and Brian combined to pilfer over $1600. Next up are the Denker Qualifier in March and the CalChess Scholastics in April. Can the Saratoga dynasty capture a record setting sixth consecutive state K-12 team title?
Posted by Michael Aigner at 10:37 PM No comments:


The annual Team Championship at the Sacramento Chess Club began last week with nine teams and over 60 players. Each team fields six boards rated under 1750 average, with up to three alternates allowed. The premiere event of the club brings back folks who rarely attend the rest of the year. I counted 5 masters, another 5 experts and over a dozen experienced A players. No doubt the competition on the top three boards will be fierce! Round-robin play continues through March 24, although each team gets a bye.

The defending champions from UC Davis, named after the university mascot Gunrock, appear heavy favorites to repeat. NM Jim Heiserman, Phillip Seitzer, Valeriy Timofeyev and John Cohen give them four players rated above 1950 to fill the top three boards; the lower boards are manned by strong unrateds typically of class B or C strength, but who count as 1300 for the team average rating. Top challengers include Pinoy Destroyers (expert Joe Escoto plus his Filipino buddies) and 2-C (formerly called B-Nam, featuring NM Jim MacFarland on top board).

My own team, Russo's Rustlers captained by rapidly improving A pla

yer Joe Russo, might also finish in the top half of the field. (The photo at right shows Robert struggling as black against my student Nicholas Karas.) Unfortunately, we seriously got our bells rung in the first round by Gunrock's Heroes. I have never been on the wrong side of a 5.5-0.5 score before! I even lost to Phillip Seitzer due to tactical blindness and poor time management. Thanks to Marvin Gilbert for avoiding the shutout with a draw on board 4. Fortunately, the team bounced back 4-2 against King Hunters, with me sitting out.

Team Standings after round 2 (MP, GP, top board)
Official team standings and individual results are posted at Sacramento Chess Club website.
Posted by Michael Aigner at 11:53 PM No comments: 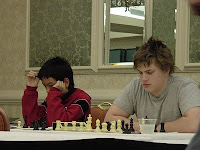 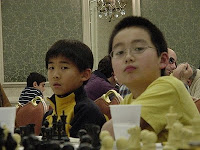 
Congratulations to the 109 Northern California juniors who are nationally ranked on the February USCF Top 100 lists! We have witnessed a veritable explosion of talent--there were merely 87 ranked kids three years ago, a growth of 25%. Nine stars appear among the top 5, including three well-known #1's: FIDE Masters Tanuj Vasudeva and Daniel Naroditsky plus 9 year old candidate master Samuel Sevian.

Considering that the Bay Area still remains a technology hotspot for the country, it comes as no surprise to see so many of the nation's best young chess players at local tournaments. In fact, the participants of the recent Golden State Open included five #1 ranked juniors and another five at either #2 or #3 (the majority from the Bay Area). Frankly, the explosive growth of scholastic chess over the past decade suggests that the future of our country remains bright.

A few days ago, I uploaded the February CalChess Top 100 and CalChess Top 20 lists to my website. I counted 16 ranked juniors who gained at least 100 rating points in just the past two months. While most big gains came under 1200 (the formula makes it easier to 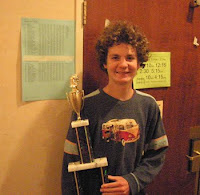 gain points if you're lower rated), two of the most impressive performances were turned in by 12 year old Joshua Cao (1399 to 1665) and 16 year old Thadeus Frei (1790 to 1903). (Photo of Thadeus at right from Dana Mackenzie's interesting chess blog.)

Special kudos to the following nine Bay Area gold medalists for February! How many future Grandmasters or International Masters are there among this exclusive list?