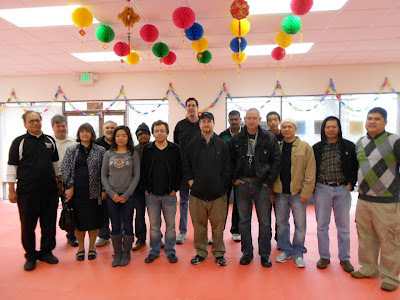 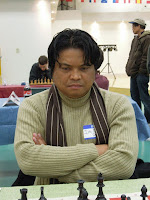 tro organized a 10-player IM-Norm Invitational over two consecutive weekends. Due to demand, Castro plans to run similar events on a bimonthly basis. In addition to master level competition, these high level tournaments offer a unique local opportunity to earn one of three norms for the International Master title. Well done Ted!

At the top of the field are three veteran IMs: Enrico Sevillano (photo on left), Ricardo DeGuzman (photo on right) and Ray Kaufman. The Southern California master Sevillano (2562 USCF, 2502 FIDE), is the top seed. Rated second is DeGuzman, the 800 lb. gorilla of Northern California chess. Kaufman, the son of a Grandmaster, moved out West last summer after living near Washington D.C.

The big guns have certainly proven themselves so far. In early showdowns, Kaufman beat DeGuzman but lost to Sevillano. Cusi and Lobo have three draws and a win each, but still must face all of the IMs. High school freshman Liou drew four straight games, including against Sevillano and Kaufman. While his pairings for the coming weekend seem favorable, he needs to score a nearly perfect 4.5 out of 5 next weekend for his first norm. Go Yiansky!

Standings After First Weekend (4 rounds)
Would you like to play in one of these invitationals? Ted Castro says about 20 people have expressed interest, many his friends or students. Since he can't accommodate everyone, he set up another tournament: a FIDE qualifier. The winner earns an invite to the next IM norm event in May. Four straight wins (or maybe 3.5/4) and you're in! If you're interested, contact Castro right away because only a handful of seats remain. Recommended for USCF over 2000!