Judge Says No to Drug Testing of Chess Club 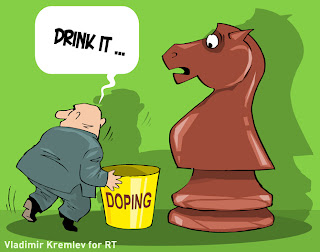 I found the following startling article on the website of the San Francisco Chronicle. I support the position of the USCF that performance enhancing and other illegal drugs cannot improve results in mental sports such as chess. Caffeine is not considered a drug.

"REDDING -- A Northern California high school district's drug testing of students taking part in competitive, nonathletic activities - such as the chess club, math team or school band - is an unjustified invasion of privacy, a judge ruled Wednesday in the first case of its kind in the state. ... Judge Monica Marlow of Shasta County Superior Court ... drew a distinction between students in the band or the chess club and student athletes."

Click here to read the full article.
Posted by Michael Aigner at 12:56 AM