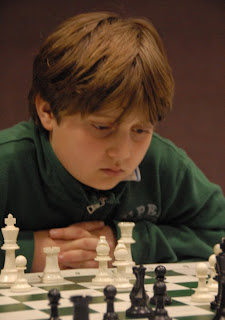 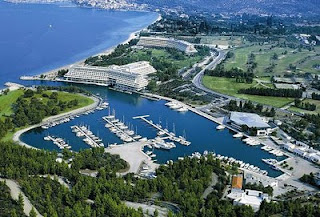 begin next week at the Porto Carras Grand Resort (see photo at right) in Halkidiki, Greece. From October 20 to 30, more than 1400 boys and girls will play 11 rounds in a dozen sections ranging from U8 to U18. The competition should be fierce since the most promising talents from around the world will attend. There are future Grandmasters in every section!

The American delegation consists of 40 players, 5 official coaches and over 100 people in all. The Bay Area is well represented with eight participants, all who will attend their first World Youth. Will anyone follow in the footsteps of FM Daniel Naroditsky (gold medal U12 in 2007) and IM Sam Shankland (equal first and bronze medal U18 in 2008)? We shall see!

Northern California representatives
Certainly I won't be the only one watching the results come in each day. Here's the round schedule. Most of the games begin at 16:00 Greek time, which is 6:00 in the morning in California. In past years, three to five boards from each section were broadcast live at the official website. Also make sure to follow youngster Cameron Wheeler and his father Rob, who plan to tweet and blog with daily results, stories and photos.

Good luck everyone! Go USA!!
Posted by Michael Aigner at 9:34 AM